What you need to know about 'Academic Procrastination' 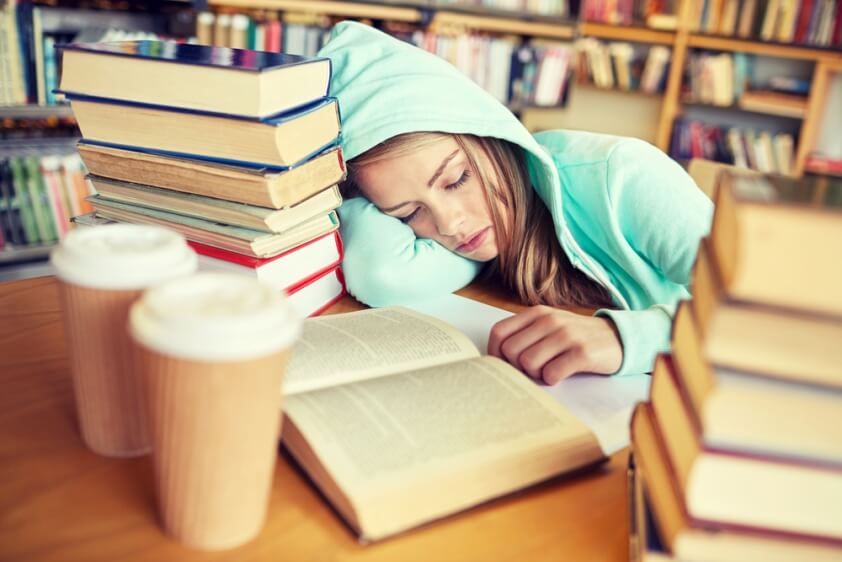 We have all procrastinated at some point in our lives. Whether it is scrolling through social media instead of answering that email, or watching TV instead of cleaning the house, delaying something that needs to be done is a human behaviour that most individuals can relate to. This includes adolescents and young adults who engage in academic procrastination. This is the tendency to postpone learning activities and tasks such as putting off homework, not starting an assignment on time or cramming for exams the night before. In fact, studies have shown that as much as 50% of high school students consistently engage in procrastination within an academic setting (e.g. Ebadi & Shakoorzadeh, 2015; Özer, 2011), with technology and other activities often cited as replacement activities.

For one, leaving things till the last minute often has a negative impact on one’s academic performance. It is easy to see how staying up late, cramming for exams or rushing through schoolwork can affect a student’s grades. What is less obvious is the negative mental health outcomes, including the stress of time constraints, worries about the impact of their actions, and the guilt and regret of not having started that 1500-word essay earlier. Concerningly, higher levels of procrastination are associated with poorer mental health outcomes including anxiety and depression (e.g. Beswick et al., 1988). Unsurprisingly, procrastinators are also less likely to seek professional help for their mental health issues (Stead et al., 2010).

Are there certain types of students who are more likely to procrastinate?

Procrastination is, in fact, not the same as laziness. Being lazy is more about inactivity and an unwillingness to do anything, whereas procrastination is a conscious effort to avoid something unpleasant by doing something else. Studies have shown that the following factors increase the likelihood of procrastination behaviour:

Given the prevalence and negative consequences of procrastination, it may be surprising to read that research on reducing academic procrastination are mostly limited (Zacks & Han, 2018).

The following approaches have shown promise as interventions for addressing procrastination:

Among students who procrastinate, the presence of negative thoughts during academic tasks is common. Examples: “I work better under pressure”, “I’m too stupid to benefit from studying”, “I’ll be too stressed or exhausted to cope, so I won’t try” These beliefs are generally maladaptive and have a tendency to be irrational and not be based on fact or evidence.

If you find yourself procrastinating, write down the thoughts that come to mind!

What reasons or excuses are you giving yourself to delay the task? How would you feel or what do you think will happen if you made a start? Then try and evaluate the thoughts objectively. Is it really true that you can’t work for a small amount of time?

Procrastination can also be reduced by modifying one’s environment. This can be done by reducing our exposure to the stimuli or events that contribute to procrastination behaviours.

Is your phone often a source of distraction while studying? Place it in a different room before starting or relocate it so that it is out of your sight.

The home environment is too noisy to study? Try the local library or a nearby café instead.

If you know that you are tired or moody at certain times of the day, see if you schedule study periods to coincide with when you are most alert and motivated.

Conversely, you can also adjust your environment so that you’re more likely to start the learning task. For example, this could be in the form of reminders such as setting alarms or automatic notifications at certain times of the day. To make the task itself more appealing, you could also listen to music while working as long as it’s not too distracting. Or give yourself a snack you like after studying for a certain amount of time.

In summary, don’t wait - it is never too late to do something about our procrastination habits!

Özer, B. U. (2011). A cross sectional study on procrastination: who procrastinate more. In International Conference on Education Research and Innovation (Vol. 18, pp. 34-37).

We have to admit that the internet has quickly become the biggest influencer of our lives that we can no longer go on without it. We use it to communicate, manage businesses, access information and entertain ourselves with its massive amount of content. While it is true that the internet offers

Video games are increasingly a huge part of children’s lives, but many adults do not have an understanding of their potential advantages and disadvantages, what is appropriate for each age group, and why children find them so

It’s human nature as parents to want to protect your child from disappointments, setbacks or emotional hurt. Sometimes, however, despite your best efforts it’s not possible.

Resilience refers to an individual’s ability to bounce