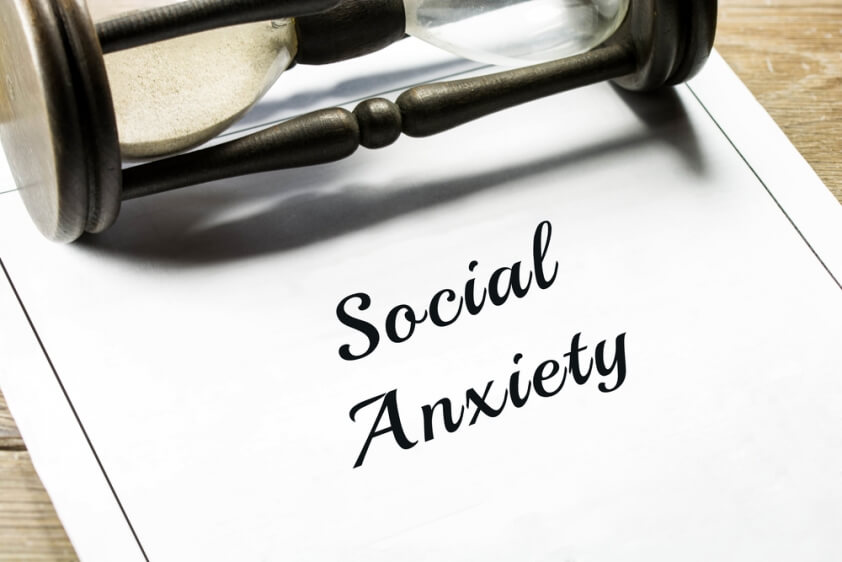 Social Anxiety is usually described as experiencing an intense fear of being criticised, embarrassed or humiliated in everyday situations, such as speaking to others, presenting a speech, or being assertive.

If you experience or know someone who experiences Social Anxiety, here are are some things that you need to know:

1. Having social anxiety is not the same as being shy.

Picture yourself at a party and imagine that you see someone new that you have not met before. You observe them for a while and you notice that they generally avoid eye contact, and they often play with their hair or bite their lips. They mainly keep to themselves, but when they talk to others, they speak in a soft voice and clearly look uncomfortable.

Is this person shy or are they socially anxious?

These words are frequently used interchangeably, and on the surface, they bear a striking resemblance. The biggest difference, however, is the degree of impairment experienced by those with social anxiety. The intensity of their fears and the extent of their impact on their friendships, school life and work are far beyond what is expected with shyness. For instance, socially anxious people frequently engage in avoidance, and it is likely that they would have avoided going to that party altogether!

2. People do not always ‘grow out of’ their social anxiety.

Social anxiety disorder typically emerges during childhood or adolescence. Half the individuals who experience symptoms develop social anxiety for the first time between 8 and 19 years of age (McEvoy et al., 2011). Children with anxiety are generally told by their parents that they will ‘grow’ out of their fears.

Is there any truth to this?

What we know is that social anxiety is a persistent and chronic condition. Yes, it is possible that children can recover before adulthood. But if the condition persists into adulthood, it is unlikely that they will overcome their fears without intervention. In fact, it is not unheard of for adults to continue experiencing social anxiety decades after experiencing them for the first time.

3. Social anxiety is more prevalent than you might expect.

4. The best way to overcome social anxiety is to experience the fear.

With social anxiety, this means learning that interacting with other people, being observed in public or performing in front of others are non-threatening situations. Exposure is often done gradually, so the anxious person is initially exposed to slightly fearful situations and only transitions to more challenging situations after practising exposure for some time. This type of therapy is called behaviour therapy and it is the recommended treatment for children and adolescents with social anxiety (Pilling et al., 2013).

Unfortunately, most individuals are reluctant to seek help to address their anxiety. Only 1 in 3 people with anxiety problems actively seek help from community-based services such as a general practitioner or a psychologist (Burgess et al., 2009). We also know that young people are less like than older age groups to seek treatment. An Australian survey indicated that only 25% of children and adolescents with mental health problems sought professional help during a 6-month period (Sawyer, 2001).

If effective treatment for social anxiety exists, what is discouraging people from seeking these services?

Social anxiety, particularly in its most severe form, has an adverse impact on a person’s quality of life. As such, we all play an important role in addressing the barriers to seeking help, so that those in need feel more comfortable seeking the services that would most likely benefit them.

For assistance and intervention of social anxiety, ACPC psychologists are happy to assist. Please do contact our clinic.

Explaining some challenges for Individuals with ASD using the Polyvagal Theory

WHAT IS THE POLYVAGAL THEORY?

The theory focuses on our developing nervous system a

Helping your child with Time Management

There are 24 hours in a day. Yet some children (and even adults!) struggle with managing their time effectively. For example, they might always be late for school in the morning, or procrastinate before starting their class assignment. Why do some kids have more difficulty than others when it

Promoting Health and Wellbeing during the HSC: Quick tips for teens and parents

Year 12 can be one of the most stressful times for young people, resulting in clinical levels of anxiety and stress, and greatly impacting functioning across all domains of life. A survey of year 12 students by the UNSW School of Education showed that out of 722 students surveyed, 42% reported